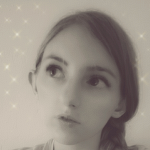 I am the author of Cat Gods. The baseline of the story is that Hades turns the gods into cats thinking they will be normal and then he turns out to be wrong in the end. As cats, they are just trying to survive, and they don't know if there are other clans nearby or if they will be attacked. They all started as loners and then they started GreekClan. Zeusstar becomes their noble leader and makes one of his brothers, Posidionheart, his deputy. Hadesclaw, his other brother, tries to convince them to leave their camp but no one listens so he steals Persephonetail and then returns with her a half moon later, seeing if anyone will move away now.

I can be agressive when you get me mad, but i can also be very kind and sometimes somewhere inbetween. I am very smart and I have a photographic memory, when I want to remember stuff. I get along with a lot of people and they help me when people try to mess with me (ex: Brandon Fing Fox) but i can fight so i fight him sometimes.

Cloudy - Great friend of mine, always helps me on WW with charart's, she'll help me get on the good side with charart's some how (don't ask me).

Gloweh - Gloweh was very nice to me when i first joined WSW and is still nice to me and i love her company.

Loudy - Epic friend, nice to me when i first joined.

Nighty - Even though i barely know you, you are kind from what i have read!

Leopard - Amazingly nice, really nice. She lives in England and i am now jealous of her cause my ancestors come from England, many famous ancestors, and some of them stayed there and some came on the Mayflower and some are presidents and some are queens, kings, and princes and princesses!

Twi - Amazing at charart's, better then me (don't deny it). She is an amazing friend to me, hope it can last foreva!

Retrieved from "https://warriorsshare.fandom.com/wiki/User:Rainfacestar?oldid=33681"
Community content is available under CC-BY-SA unless otherwise noted.